SCE Donates to Child with Cancer

“When we heard that Jack was wanting a drone I started doing some searching online to see if any businesses would be willing to donate one so we could surprise Jack. I read an article that a Company SCE Environmental Group in Lake Ariel Pennsylvania had donated a drone to a SWAT Team in Lackawanna County. I immediately reached out to them to see if their company could help us with making one of Jack’s dreams come true. After sending an email to them I received a response within a few hours from Jody Cordaro whom is the President of SCE Environmental Group and I was completely speechless when she replied that they would help get a drone for Jack. After reaching out to Jack’s Dad to see what kind of drone he was interested in Jody placed the order and had it delivered that same week to us so we could give to Jack’s Dad to surprise him with at the hospital. I have attached a few pictures that Jack’s Dad Lou gave to us after surprising Jack with the drone. Unfortunately Jack hasn’t been able to use it just yet since he remains in the hospital for treatment but he is very excited to fly it around the first chance he gets. Sincere thanks to SCE Environmental Group and Jody Cordaro for their generous donation of this drone and making one of Jack’s dreams come true.” 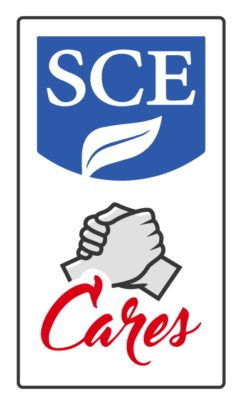